Kerb-side lanes are considered international best practice and have been widely in use overseas for decades, including in Europe, New York and Australia.

From the Janette Sadik-Khan (New York Transport guru) presentation in Auckland, May 2014: 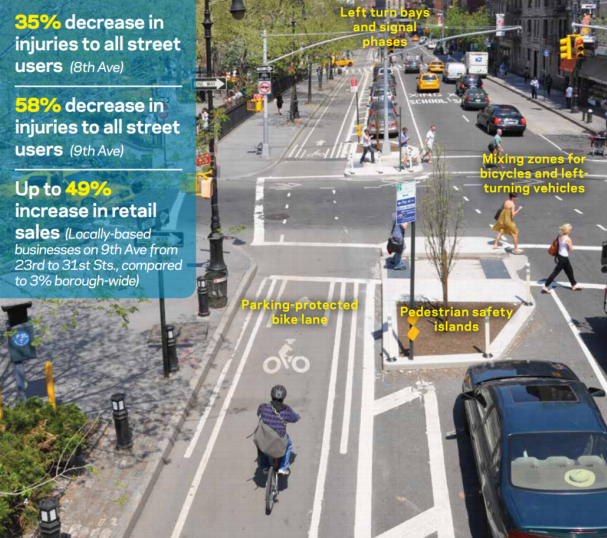 Some experience from overseas, via Adelaide City Council:

And here’s what they look like in The Netherlands. This route (dating from 1960’s/70s) goes right by a large high school with 2400 students.