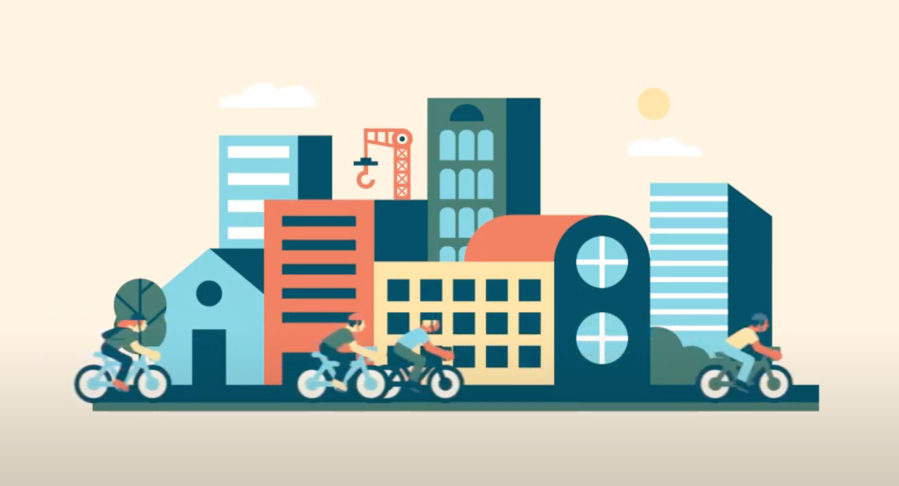 Thank you to everyone who took the time to make a submission. We sent off a total of 440 quick submissions to Wellington City Council supporting the most ambitious option for cycling funding.

Wellington City Council is consulting on its Long-Term Plan (LTP) until May 10th. You can read more in the official consultation at https://www.letstalk.wellington.govt.nz/hub-page/long-term-plan. We encourage you to read on to find out about some of the issues we have with what’s in the plan, and go make a submission.

There are multiple decisions being consulted on, more than one of which affect people riding bikes!

What is a Long-Term Plan?

Every three years councils are required to consult on and approve a plan for the next 10 years. This plan will go into detail about how the council intends to raise money, and how it plans to spend it. This money is split into two categories: Operational Expenditure, and Capital Expenditure. Operational expenditure is what the council plans to spend on everyday activities such as paying staff, running facilities and maintaining roads. Capital expenditure is building new things, which is what we’re primarily interested in here at Cycle Wellington!

While the plan sets out the next 10 years, the council will be required to create a new LTP in 2024, meaning that what the plan funds over the next three years is the most important.

We’ve already presented to Council in discussions around the draft of this LTP. We’re deeply disappointed that we were unable to get support at the council table to put the full cycling programme out for consultation as the recommended option. The vote failed 7-8 without the support of Deputy Mayor Sarah Free or Councillor Jenny Condie. Both councillors said they would support building a complete network by 2028 when they were seeking your vote at the last election, but have now walked back on that commitment.

One achievement was an amendment from Councillor Laurie Foon adding an extra $45 million dollars from years 4-10 to the recommended option. While this is a significant amount of money we don’t understand why this extra funding wasn’t added from year 1. By the time this funding is relevant you’ll be writing your submission on the next Long-Term Plan, which could well be proposing a completely different budget for cycling.

What’s in the Plan?

Let’s Get Welly Moving will be responsible for delivering much of Wellington’s future cycling network. This includes the City Streets Program and routes along bus priority corridors. This means that none of these are included in the consultation or discussion around the Long-Term Plan other than WCC funding it’s portion of LGWM’s budget. We’ll need to continue to pressure LGWM for progress and make sure that improvements are beneficial for cyclists as well as for public transport.

The long term plan provides four options for funding cycling in Wellington. The recommended option, titled “High Investment” plans to spend $120 million over the next ten years. This includes $1 million per year for minor improvements and tactical urbanism. In the next three years this budget provides for the completion of the cycle path around Evans Bay and into Miramar. This would mean only a few kilometers of new cycleways delivered by the council in the next three years.

1. Support Option 4 to build a fully-connected network by 2031

Research shows that to support people cycling it is necessary to provide a fully connected network that allows people to cycle to wherever their destination is safely. Only one option proposed in the LTP has the potential to deliver this and that is Option 4: Accelerated Full Programme. Therefore we strongly recommend supporting this option.

We were disappointed to see these cycleways given lower priority (6, see below) than the completion of the Great Harbour Way (5, see below) on the basis of “low value for money”. The Great Harbour Way is a largely recreational route with extremely high costs due to the road-widening and coastal defences required to provide this route around the entirety of Wellington’s coastline. These three sections amount to more than a quarter of the total budget. We asked WCC to be clear in the consultation around the co-benefits this would deliver in terms of protecting the existing road and properties from storms and sea-level rise. Only a very small proportion of the costs of these coastal projects are spent on cycleways.

We think that safe journeys for vulnerable road users such as children should be the highest priority. Churton Park and other northern suburbs currently have the highest rates of car dependency in Wellington City.

3. Double the Cycling Minor Works Budget to $2 million per year

Under the High and Full funding options the LTP allocates $1 million per year to this category which is no increase from recent years. This budget is where the council funds small cycling improvements all over Wellington, including cycle parking like the bike racks in Grey Street.

We’re constantly told that there’s not enough money in this budget for improvements we ask for. We also don’t think it’s a budget where the council is constrained by capacity in what it can deliver. Doubling this budget to $2 million per year would vastly improve the councils ability to provide parking and other minor improvements over the next decade.

All around the world we’ve seen cities like London, New York and Paris react quickly and dynamically to reallocate road space for massive growth in cycling. Here in Wellington, we’re still waiting to see any significant improvements delivered for cyclists. In the next month installation of the Brooklyn Road uphill bike path will begin as part of the Innovating Streets programme.

We think cycle lanes could be delivered quicker, easier and cheaper with the addition of a dedicated fund for this type of work. Currently the LTP suggests this work could be funded out of the already limited Minor Works Budget, but we think the scale needed to deliver a connected cycle network over the next decade requires a well-resourced and dedicated fund. This fund would also deliver public space improvements outside of cycling in the form of Low-Traffic Neighbourhoods and parklets.

You might not have noticed, but WCC has a habit of underdelivering on cycleways. This means that while large numbers of multiple millions of dollars are thrown around in the news and social media, whole projects go by with their allocated funding unspent. In the three years since the last LTP more than $16 million has gone unspent from Newtown Connections, the Parade Upgrade and Miramar networks that were planned to have been built.

It’s not very clear where this money goes and WCC still hasn’t responded to several Official Information Act requests. Sometimes it gets carried over to the next year, other times it gets reallocated to cover budget blowouts on other projects such as the seawalls and other coastal defenses for the Cobham Drive and Evans Bay projects. We have an expectation that money allocated to cycling through an extensive LTP consultation process actually get’s spent on cycling. Even if we manage to increase the budget for cycling there’s no guarantee that WCC will actually build cycling infrastructure with the money.

Even more concerning is that this use of unspent funding is being explicitly used in advance as a method to cover funding shortfalls elsewhere. For example the current plan to fix the Central Library is not properly funded and will breach the council’s planned debt limits. How do they plan on addressing this?

In order to prevent this kind of pilfering of the cycling budget in the future we think the budget should be ring-fenced. Ring-fencing the cycling budget would ensure that any money allocated must be spent on cycling and not reallocated elsewhere. We also think the council should properly fund its projects by increasing rates or taking on additional debt.

You can help prevent this by supporting Option 2 or Option 3 for the Central Library decision in the consultation to either delay the library strengthening or fund it properly through rates.

Can we afford it?

The council has many mechanisms to increase funding for projects such as increasing rates or taking on more debt. Mayor Foster has chosen to deliver a fiscally conservative plan that we think will cause Wellington to miss out on the enormous physical, mental, social, environmental and financial benefits of investing in cycling.

Regan Dooley from Island Bay Healthy Streets has done some great back of the hand math on how much driving is costing us in Wellington: $1.3 Billion per year, and that doesn’t include the health costs or losses caused by congestion.

We support lifting the debt ceiling closer to its limit and increasing rates in order to maximise on the investment returns for Wellingtonians on cycling.

Can it be built?

The private sector needs a financial commitment from the council in order to invest in staff and equipment for the next decade. The recommended option 3 will not provide much confidence for the industry to increase workforce or capacity for the future. The council has also made it harder for themselves to deliver projects by consulting multiple times on single projects and prioritising projects requiring significant physical works such as seawalls.

In order to increase the deliverability of projects consultation needs to be streamlined and projects reallocating space rather than building new space prioritised. Not having enough money is a common excuse we’ve heard over the last decade and we want that removed as an obstacle to progress.

Submissions close May 10th, so submit now by clicking here!

2 thoughts on “Planning for the long-term”