There are some clever people volunteering for CAW. One of whom produced this amazing map of Wellington, showing the mode share for cycling on census day 2013. Some suburbs have almost 10% mode share (looking at you Berhampore, Lyall Bay and Roseneath)!

It’s a great tool to highlight where work needs to be done, or where the work would be most appreciated (and which suburbs suffer from their geography!).

Scroll down for links to the pdfs which have the absolute figures. 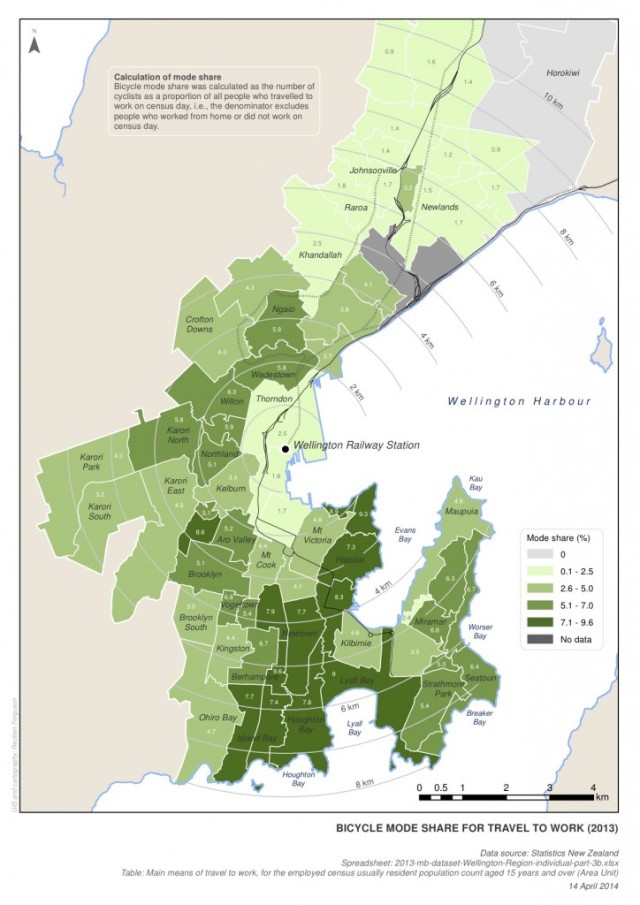 NUMBER OF PEOPLE TRAVELLING TO WORK BY BICYCLE (2013)

One thought on “Census data visualised”